The RV Series-Lewis and Clark, Crowds and Crack

We spent last night in Jackson Minnesota at a very crowded KOA.  Because it is Memorial Day Weekend I expected crowds, but this one sent my introverted need for space into hyperdrive.

We left this morning at 7 am with only 320 miles planned for the day.  It was an easy drive and we were able to stop several times.

We stopped for fuel, we stopped at a giant Cabelas so Fishing Dave could get a fix and then we stopped at the Keelboat Visitor Center in Chamberlain SD on the Lewis and Clark Trail.

We wanted to stop at the Corn Palace, but information on the site said they were working on the streets surrounding it and we thought we might have a problem parking with the size we are.   So this was as close as I came to The Corn Palace on this trip.

Pictures of The Corn Palace at the Keelboat Visitor Center

The Keelboat Visitor Center had a nice Lewis and Clark exhibit and some lovely views of the Missouri River. 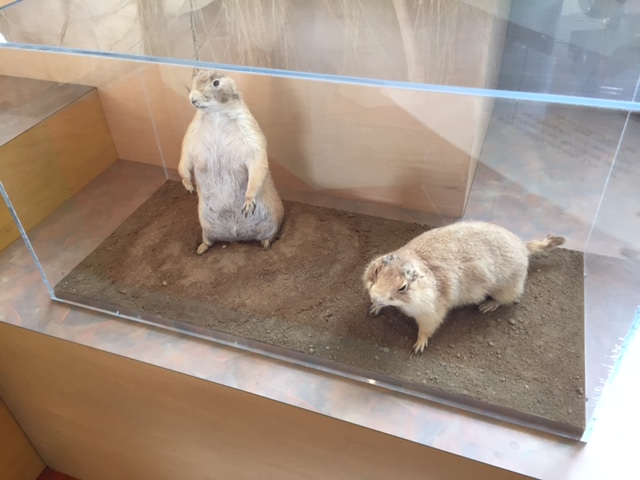 As we got back in Bella-BOW after meeting Lewis and Clark, Eagle EyeDave noticed this crack in our giant windshield.

I have an irrational fear of the windshield shattering and falling out.

In my overactive mind, the scene plays like one of those airplane movies where the door comes off during flight.  Things fly around and passengers are sucked out of the big gaping hole because they don’t have their seatbelt on.

Just in case, I’m going to tie the dogs to my legs and my legs to the dishwasher and the toilet.   That way, if I go, I have the things I need.

Tonight we are in Midland South Dakota at a very nice, spacious KOA.  It is peaceful and not too crowded.

Tomorrow is a sightseeing day.   We’ll see Badlands National Park and Wall Drug then head to Mt. Rushmore KOA for two nights so we can see all the good stuff in that area.

Unless I get sucked out of the windshield crack.

1 Response to The RV Series-Lewis and Clark, Crowds and Crack