Watermelon and a Baby Sock or how Spanx ruined my Monday

You know how some things just go together?  Cookies and milk, umbrellas and rain boots, peanut butter and jelly, things that are easy together, happy things,things that make me smile.

You know what isn’t easy?  What doesn’t go together?   What does not make me smile?

Spanx and a bad shoulder.

A little back story…

Last April my feet decided to stick to the floor while my body went forward.  The resulting fall (which was not at all graceful) left me with a big owie in my left shoulder.  As I am pretty much a “power through” type person who is not fond of going to the doctor, I thought it would heal if I just ignored it and gave it time.

It hasn’t.  In fact, it has become worse to the point that I did see a doctor who recommended a couple of weeks of physical therapy. I’m starting that this week.

That brings us to this morning.   As I was dressing for work, I had the thought that the pants I had chosen to wear would look much better if I wore a pair of capri length Spanx underneath.

Most women are grimacing right now.  Some of the men are wondering what the hell a Spanx is ( guys, if you look up “illusion” in the dictionary, there will be a picture of Spanx).

Putting on a pair of Spanx is a bit like trying to squeeze a giant watermelon into a baby sock.  It is a feat which requires both finesse and brute strength. 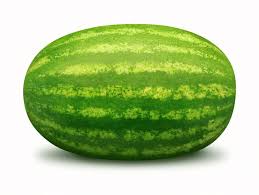 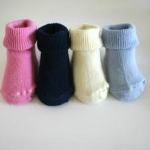 So, believing that I am endowed with both of those traits,  I reached into my drawer and pulled out a pair of Spanx.

In their relaxed state, these things resemble a friendly little piece of wrinkled fabric about the size of the 5×7 photo of your happy gramma ( who I guarantee wasn’t wearing Spanx in that smiling photo).

Have you seen those Totes brand bags that start out as a little rectangle and then unzip and unfold to make a giant suitcase?  Yeah, a pair of Spanx is a bit like those but not as user-friendly.

Anyway, I started by putting my left leg in, and using my right hand I managed to pull the left side all the way up.

I tried to balance on my left foot and shove my right leg in the opening.   That didn’t work. It did, however, make me wish I’d taken up yoga years ago.

I sat down and shoved my right foot in.  So far so good.

I stood up.  Remember I have one side pulled up, and the other is down by my foot. Being not at all bendy, I realized I couldn’t reach the right side while standing.

I sat back down.  I reached down with both hands and pulled.

After I had regained what was left of any composure I may have started out with, I managed to use my right foot to pull off the Spanx and left them laying on the floor hoping the dog would chew them to pieces.

I put on my fat jeans and went to work.

I’ll spend the evening with an ice pack on my shoulder trying to trick the dogs into thinking I bought them a new tug toy and all they have to do is fetch it from the bedroom floor.

I’ll be thinking about things that go together and make me smile. Things like cookies and milk, or ice cream and cake and I’ll completely ignore the reality that those things caused me to buy the damn Spanx in the first place.

Denial.   Look that one up in the dictionary.   You’ll find my picture.  I’ll be smiling, wearing a Mu-Mu, holding an ice cream cone in one hand and a cupcake in the other while the dogs play tug of war in the background.